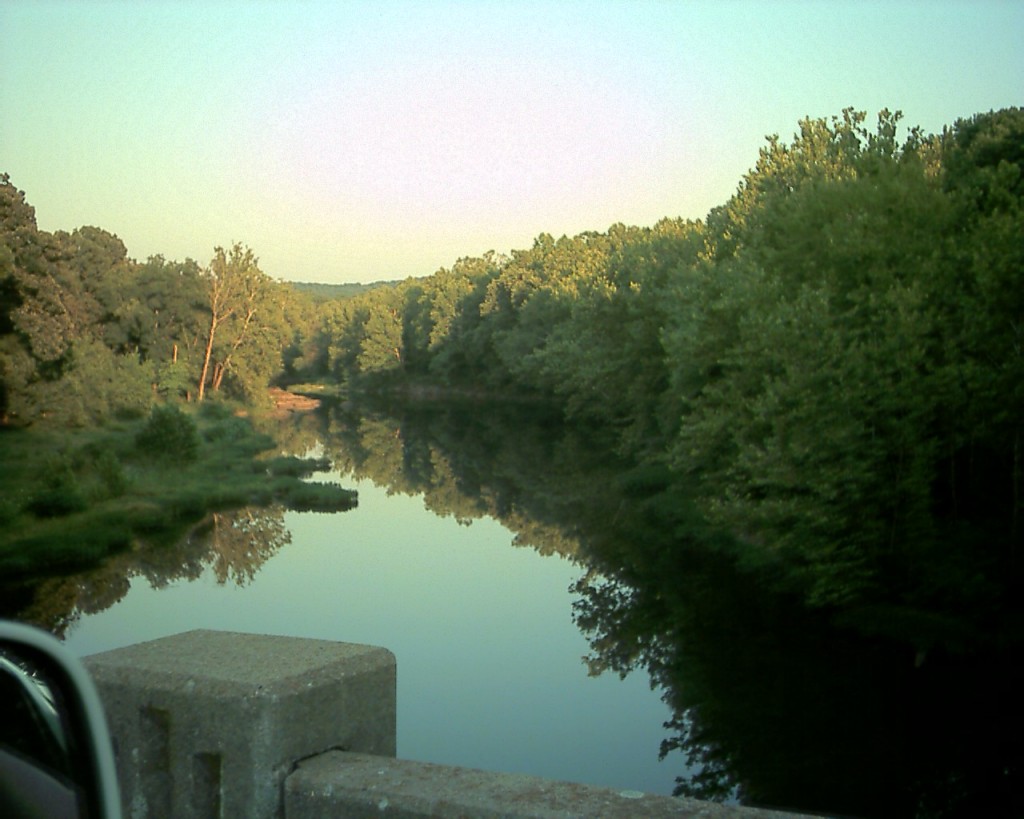 By Debbie Solano On July 2, 2014 · Add Comment · In Lakes and Rivers
Where does Tulsa’s water come from?
If you enjoyed this page, please consider sharing it!

Where does Tulsa’s water come from?

An Anecdote about Tulsa’s water in the Early Days

When I first moved to Tulsa in 1984, I visited my parents in Houston, Texas.  My Uncle Jimmy (James G. McMurty, Jr.) came over for dinner while I was there and we got to talking.  He said, “I lived in Tulsa when I was a kid.”  I said, “Oh, really? What was it like?”  (I had totally forgotten that his father had been one of the early presidents of the University of Tulsa .)  He said, “The water tastes bad… at least it did then.”  I said, “When was that?”  He said, “1912.”

I hadn’t thought about water tasting bad in a long time.  As a child I was a real critic of the way water tasted.  I remember as a kid living in Brewster, NY how much my sister Meredith and I loved to come home and drink Brewster water.   My parents had an artesian well at our house and the taste was really good.  There were a lot of iron mines around our village, and I don’t know if that had anything to do with how good the water tasted or not.  It was wonderful.  We hated drinking water anywhere else.

In 1984 I really hadn’t thought about water quality or the flavor of Tulsa’s water.  In my brain the water in Tulsa in 1984 tasted pretty good — for city water.

The quality of Tulsa’s water has significantly improved in the past 100 years.  Here is a link to Tulsa’s Annual Water Quality Report — 2014.

The Creation and Expansion of the Spavinaw Water System 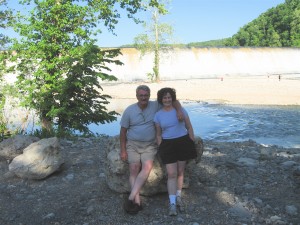 John Durkee and Debbie Solano in front of the dam at Lake Spavinaw.

The Spavinaw Water Project began in 1920 as the result of a search for a source of good quality fresh water for the City of Tulsa.

Here is an excerpt from Wikipedia (as the article stands today, July 2, 2014): The first official mention of Spavinaw Creek, as a potential water source for Tulsa was a letter from the Mayor of Tulsa to the Secretary of the Interior requesting government engineering aid in solving Tulsa’s water problem. The letter indicated both Spavinaw Creek and Grand River as potential sources. However, no action resulted from this request.[1]

T. C. Hughes, City Engineer, studied government topographic maps and concluded that water could flow by gravity from Spavinaw to a point west of Catoosa, Oklahoma. Hughes included this in a report he published in 1912, estimating the cost at about 100 million dollars.[1]

In 1920, the Tulsa mayor appointed a non-partisan water board. The board, in turn, hired J. H. Trammell to perform as the engineering contractor to plan the Spavinaw project, with W. R. Holway as his assistant. Trammell later left the firm and Holway took over as project manager. Trammel and Holway found that the gravity flow process previously advocated by T. C. Hughes was not only feasible, but could carry water as far as Lake Yahola, much closer to Tulsa that Hughes had estimated.[1] The board then hired George W. Goethals to review the plan and cost estimate. Goethals assessed that both were feasible and practical, and that Trammel’s cost estimate of 6.8 million dollars was adequate.[1]

Groundbreaking for Spavinaw Dam, near the town of Spavinaw, Oklahoma and about 55 miles northeast of Tulsa, occurred October 19, 1922. It created Lake Spavinaw, which was fed by Spavinaw Creek, a perennial stream that drained 400 square miles of Ozark Mountain foothills and a tributary of Grand River (Oklahoma). The lake has a normal surface area of 2.5 square miles and a capacity of 72,400 acre-feet. The normal storage volume is 38,000 acre-feet.[6] In 1922, a pipeline was begun to bring this water to Lake Yahola, located in Tulsa’s Mohawk Park. The project cost $7.5 million. This has been the principal source of Tulsa’s domestic water since then.

Lake Yahola has a capacity of 2 billion gallons.[7] The dam was completed in 1924.[1] The line became operational in 1924, and was the longest such line in the U. S. at that time. Five years later, the city completed the Mohawk Water Treating Plant. This plant currently has a capacity to treat 100 million gallons per day of water.

Tulsa completed a second Spavinaw pipeline in 1954, doubling the capacity. According to the City of Tulsa, the average monthly water pumpage rate in 2009 was 103 million gallons per day (MGD). The range during that year was 81.5 MGD in February to 138.2 MGD in July.[2]

Here is current data from the US Geological Service regarding Spavinaw Lake and it’s water supply.

Looking to purchase a secluded log home in the woods near Spavinaw Lake?

Are you looking for a property near Spavinaw Lake or Lake Eucha?  Check out all the listings in  Spavinaw, Jay, Kansas, and Wickliffe Public School Districts (with the largest lots shown first):

The listings below are the newest listings in Spavinaw, Jay, Kansas, and Wickliffe Public School Districts:

We're sorry, but there’s nothing to display here; MLS data service is not activated for this account.

Whatever equine discipline you enjoy, there’s a place just right for you and your horse in and around Tulsa, Oklahoma.

If you own a ranch or a horse farm near Tulsa and are interested in moving elsewhere or moving to midtown Tulsa or even hanging up your spurs, please call me. I’d love to position your Tulsa area horse property in both the Tulsa real estate market and in the Grand Lake real estate market.

Use the form below to search the site:

Still not finding what you're looking for? Drop us a note so we can take care of it!